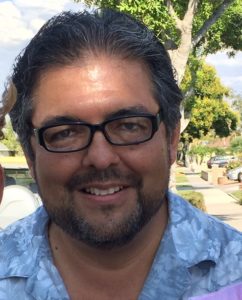 Steven entered the wonderful world of filmmaking at a later age than most. As a corporate AT&T man he was asked to create a video for an in-house sales rally. He had shown a horror short that his friend had created at a corporate halloween party and they, naturally, assumed that he (Steven) knew the art of film and editing. He didn’t! But he was a natural! He learned quickly and went on to create many videos for AT&T. This lead to outside work, including the then popular Witchcraft series, and his first semi-pro job as a DP with Troma. The Troma experience really shaped his future in indie low-budget filmmaking. It was Troma’s first all-video production Tales From The Crapper— starring scream queen Julie Strain, porn legend Ron Jeremy, and including a cameo by South Park co-creator Trey Parker— that showed Steven what could be done with very few dollars. This newfound knowledge would be central to his future solo work. Steven had now caught the film “bug” and decided to leave the corporate world. (okay, he was laid off!) He worked as a video editor and, finally, after about 10 years he created his first short film Rose & Alexander, starring his long time collaborator Laura Reilly (Triple Crossed). The film was a festival darling. It won best short film and best director at the Huntington Beach International Film Festival shortly after its release. The short later became part of the successful feature-length film Luna Park.

Steven’s first “gay” film was born when an actress he was working with asked if he could meet with her brother. Her brother was a struggling filmmaker who was having trouble getting his film off the ground. The filmmaker was James Townsend and the film was Sideline Secrets. After a year and a half of hard work and next to no budget, the film went on to become the 7th highest grossing gay film of that year, Brokeback Mountain being the first. After Sideline came A Siren in the Dark, co-directed by his muse Laura Reilly. This was followed by Unsolved Suburbia, Vampire Boys 2, and Luna Park, all distributed by Ariztical Entertainment.

The year was 2012 and Steven had the idea of hanging it up in pursuit of other ventures. Enter a man from Orlando Florida who had other ideas for him and just like that a partnership was born. The man was of course Ward Bodner and the partnership was Babaloo Studios.

Babaloo’s first film was to be Angels With Tethered Wings but Steven couldn’t decide if it was going to be a comedy, a zombie film or psychological drama? (in the end it became all three.) With the pressure on to produce their first film Steven looked for another property and hired first time director Sean Paul Lockhart to star and direct. The film was Triple Crossed written by Linda Anderson and it proved to be a great choice for their first film. During the filming of TC Steven wrote and directed Eroddity(s) and finally Angels With Tethered Wings went into production. Steven has four children and is a proud grandfather.