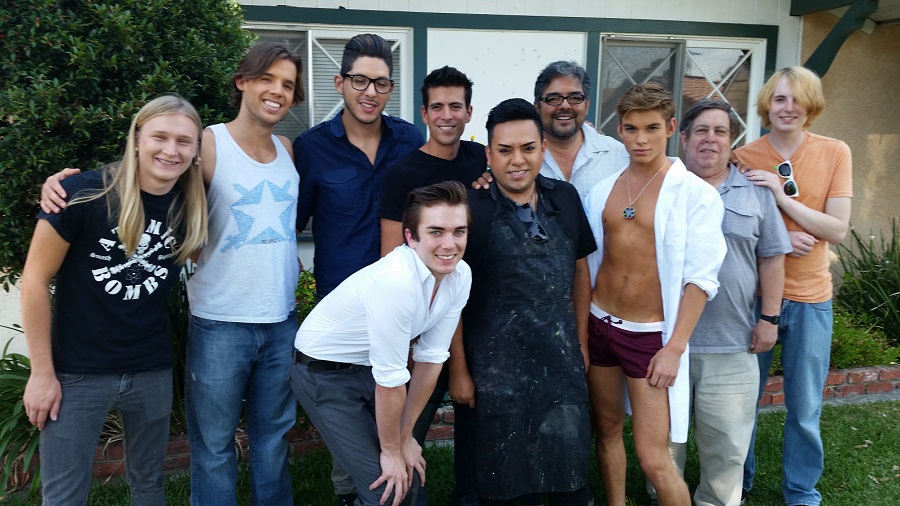 BABALOO STUDIOS is an Orlando, FL/Chula Vista, CA based production company established in 2013. It is a union of producer/filmmaker WARD BODNER and writer/director STEVEN VASQUEZ(Lime Street Entertainment) in an effort to produce thought-provoking, high quality LGBT FEATURE FILMS on very modest budgets. Babaloo Studios specializes in mind bending, erotic dramas and dramedies. Bodner and Vasquez have produced two well received films right out of the gate. The studo’s first film, “Triple Crossed”, distinguished itself by being the directorial debut of SEAN PAUL LOCKHART aka BRENT CORRIGAN. It was followed by “Eroddity(s)”, a Twilight Zone-like four part anthology written and directed by Vasquez. Both of those films are distributed by TLA Releasing worldwide. All others are now self-distributed and availability is found on our website.
(Above photo from production of Angels with Tethered Wings.)

You can e-mail us : BabalooStudios@yahoo.com

If you’re interested in becoming an actor/model for Babaloo Studios you can contact Steven Vasquez at: stevenmichael1959@yahoo.com