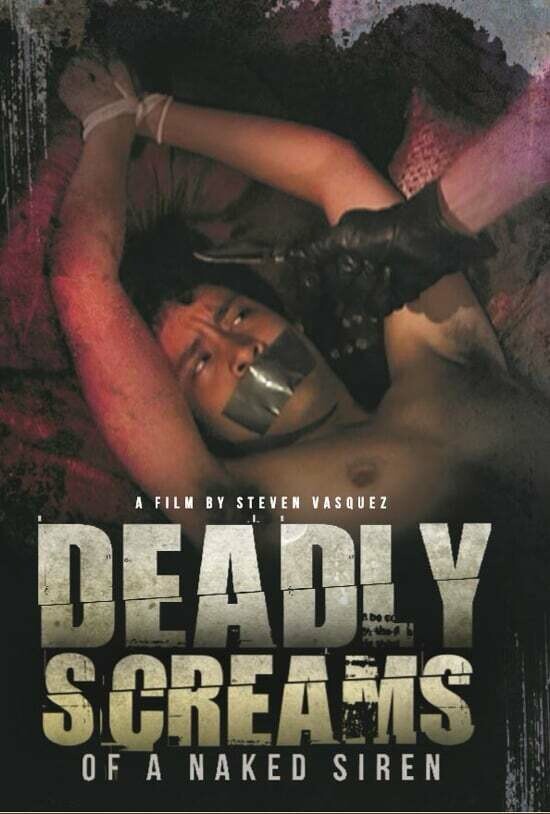 Revisiting his second feature film " A Siren in the DarK" Director Steven Vasquez has re edited the analog master, enhanced and upgraded it to HD. Gone are the confusing side shows, as Steven liked to called them, that got in the way of the "main event" Along with a new soundtrack, storyline and new eye candy aplenty, he has completely transformed his original film. We are introduced to Christian (Tristan Adler) a college news reporter who sets out to interview Epiphany (Kory Anders) the niece of the only living person to escape a gender changing siren. The deadly Siren (Orion Cross) is responsible for the rape and murders of two young men Kevin McKendrick (James Townsend) and his abusive lover Danny Pennington (Todd Williams). Even though these events happened 11 years ago Christian wants to know all the deviant sexual details of the event. The mysterious and siren like Epiphany grows skeptical and worries about the reporters motives. Why is he so interested in the whereabouts of her uncle? When it's learned that if someone should escape a siren the siren will die, the motives of both Epiphany and Christian become clear…. Or do they?

At the conclusion of the film Steven offers plenty of deleted scenes from both the original and redux along with never before seen "sexy" scene footage. Raw and unedited! Fans of the original film will not be disappointed. New viewers are in for a mind bending treat!