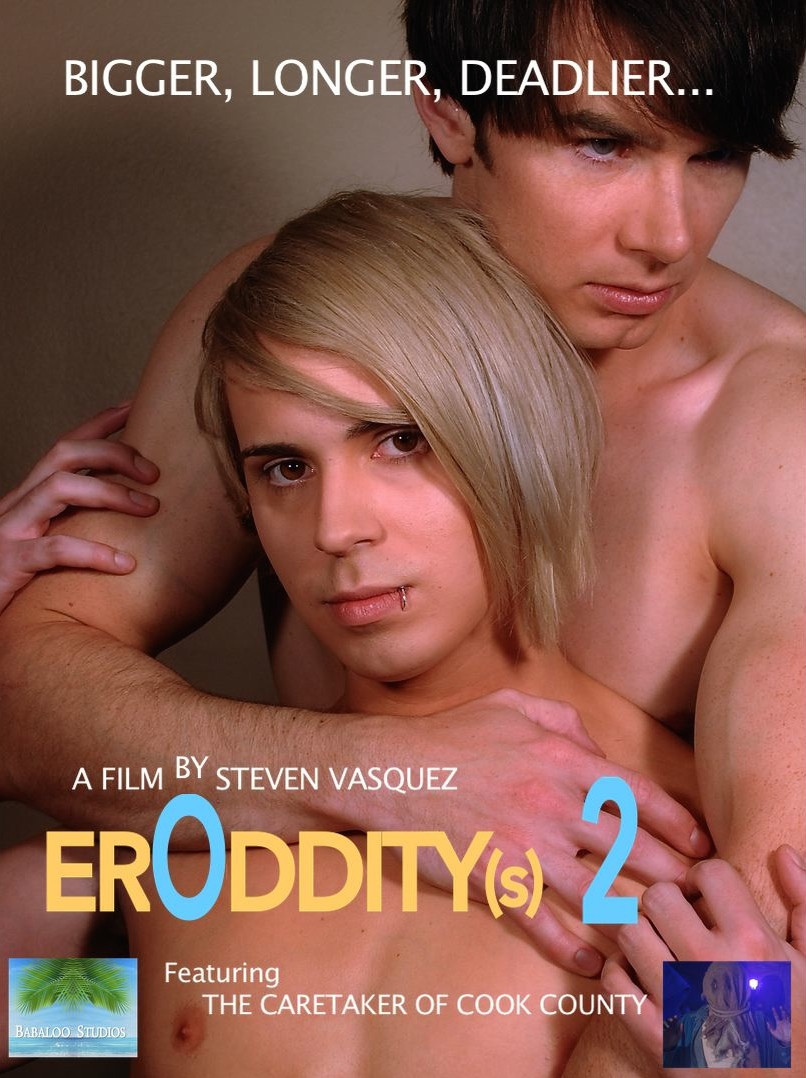 Welcome back to the world of the odd, the erotic and the supernatural! This brand new sequel to the sensual, nudity-packed 2014 horror hit Eroddity(s) features three more bone-chilling (and boner-incuding) tales of terror! A Texas teen and wannabe actor knock them dead at The Audition. In The Private War of Joseph Sargent, two soldiers are on a secret mission in the jungles of South America. Once captured, their last night together will reveal dark secrets and create sexual tensions that will cause wide spread collateral damage. In The Caretaker of Cook County, a cemetery worker hides his recent disfigurement under the cloak of a sinister hood. However, it doesn't hide his twisted attempt to recapture the one that got away - an attempt that includes the help from young male bodies fresh from the mortuary! Original and Uncut version.

Save this product for later